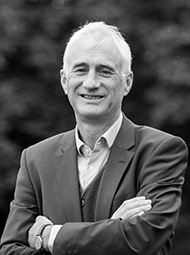 Professor Brian Fitzgerald is Director of Lero where he previously served as Lero Chief Scientist and Principal Investigator since its founding on 2005.

He holds an endowed professorship, the Frederick A Krehbiel II Chair in Innovation in Global Business & Technology, at the University of Limerick, Ireland, where he was Vice President Research from 2008-2011.